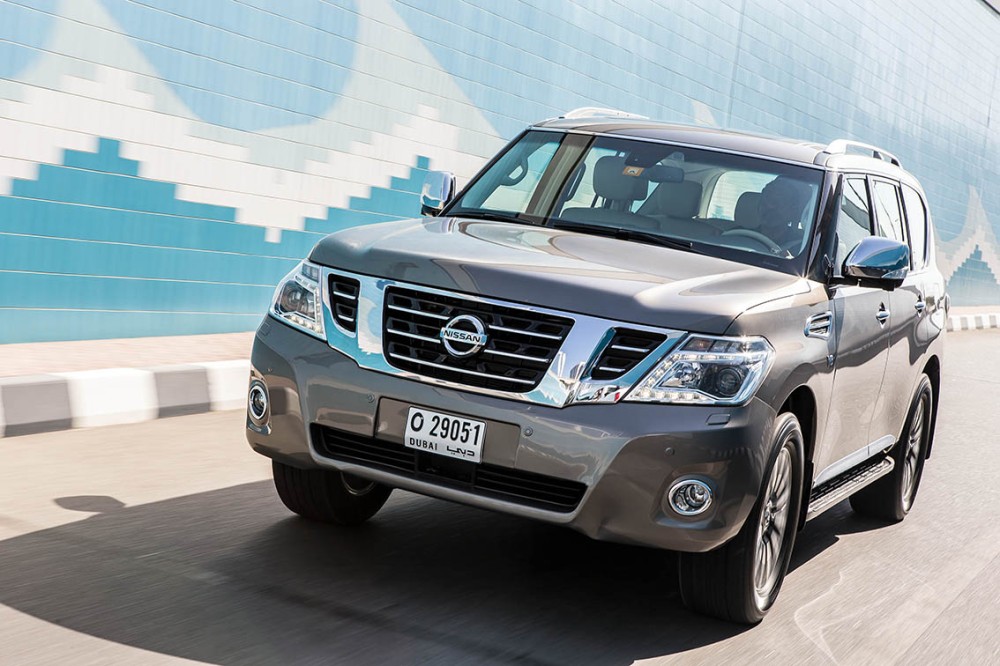 If you live in the Middle East, chances are you either own a SUV or a 4X4 or aspire to have at least one car in the household for dune bashing, desert trips or just to feel safe on the road.

The Nissan Patrol is dubbed as the “Hero of All Terrains in Life”, and has proved its toughness and versatility even with a GUINNESS WORLD RECORDS™ title for the fastest time to ascend a 100meter sand dune by a production car.

My second car in the UAE was bought for many reasons but desert driving was the main reason for investing in it. However, I was always in awe of the Patrol. It was impressive last year when the Patrol climbed the imposing dune in Jordan’s Wadi Rum in a staggering time of 4.9 seconds to break the GUINNESS WORLD RECORDS™ title fora second time.

The Nissan Patrol also holds the GUINNESS WORLD RECORDS™ title for the ‘heaviest object pulled by any production vehicle’, set at Sharjah International Airport, UAE. An unmodified production Nissan Patrol pulled a cargo plane weighing 170.9 tons, inclusive of fuel and cargo, for over 50 meters smashing the previous record by 15 tons.

An off-roading instructor piloted the Nissan Patrol up the 100 meter dune in order to successfully gain the world record in 4.9 seconds. Achieving such a feat in a record-breaking short time reflects the highly advanced technology and innovation incorporated within the Nissan Patrol.

This extraordinary feat by Nissan’s “Hero of All Terrains in Life”, yet again bears testimony to the superiority of the Nissan Patrol when going off-road in the challenging conditions in the Middle East.

The status of Nissan Patrol in the Middle East is nothing short of iconic. While loyalty to the brand stretches back decades, expats who just arrive in the region gravitate towards Nissan Patrol lured by the sand dunes and the adventure that awaits them.

The Nissan Patrol’s reputation as a highly-capable, durable and reliable off-roader is second-to-none in the Middle East market. Many of what are now the world’s leading automotive technologies made their debut with the Nissan Patrol.

They include its Hydraulic Body Motion Control System(HBMC), which keeps the car flatter with less body roll during lane-changing and cornering, while delivering excellent stability on rugged and sandy tracks.

The Patrol also includes an All-Mode 4×4 system, which allows the driver to quickly switch between four drive modes – sand, on-road, snow and rock – with the mere flick of a switch. Its Hill Start Assist and Hill Descent Control functions also can be selected easily with the touch of a button for braking on slope road surfaces.

The Nissan Patrol is undoubtedly one of the best production cars for off-roading and dune bashing on the market.