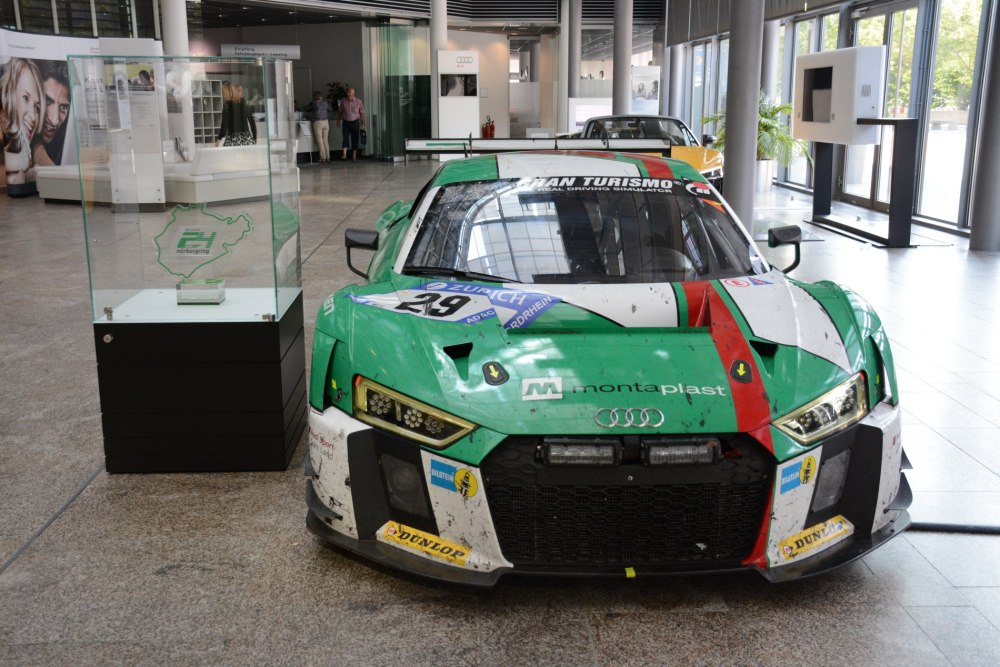 Three Audi cars in front: On the third race weekend of the Blancpain GT Series Sprint Cup, Audi customer teams decided the top three positions among themselves. In the main race at Circuit Zolder, Markus Winkelhock and Will Stevens in the Audi R8 LMS of Belgian Audi Club Team WRT were the first to cross the finish line. For Winkelhock, this marked the next success in the R8 LMS just one week following his victory in the 24 Hours of Nürburgring. The former Formula 1 campaigner Stevens clinched his first ever victory in the Audi R8 LMS. Clemens Schmid and Filip Salaquarda (ISR), Stuart Leonard and Robin Frijns (WRT) perfected the success of the Audi brand in Belgium.

Eye-catcher in Ingolstadt: Audi Forum Ingolstadt visitors are able to catch a whiff of racing air these days. The Audi R8 LMS which Audi celebrated its fourth victory in the 24-hour race at the Nürburgring on May 28, including the trophy awarded for its win, is on display in the foyer. The GT3 race car is being showcased in its original condition, all signs of wear and dirt from 4,009 kilometers of racing having been fully preserved.

Podium successes: Two drivers of an Audi RS 3 LMS – Plamen Kralev (Kraf Racing) and Massimiliano Mugelli (Pit Lane Competizioni) – made it into the top three at the second event of the 2017 TCR Italy at Misano. In race one, Kralev took second place and in race two, he trailed his brand colleague Mugelli in third place.

Vervisch on podium: Belgian Frédéric Vervisch in an Audi RS 3 LMS of ComToYou Racing achieved position three in the third of four TCR Benelux sprint races in front of a home crowd at Zolder.

Coming up next week