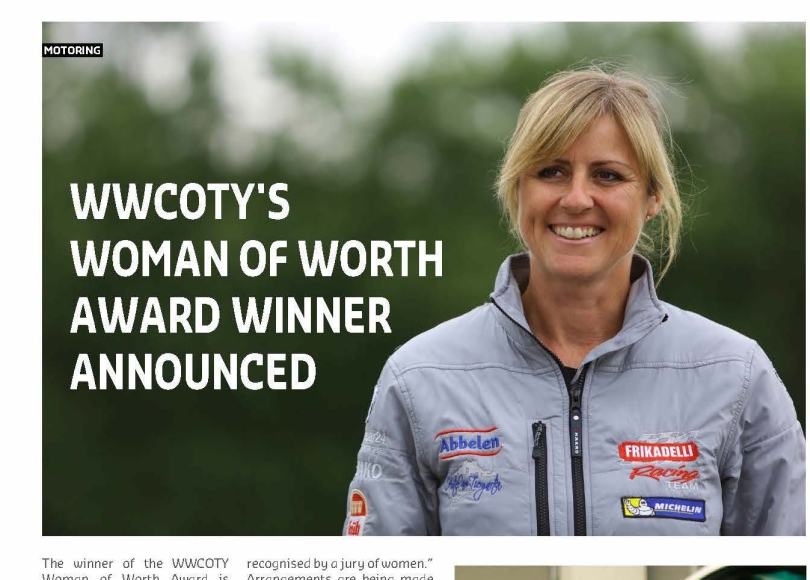 The winner of the WWCOTY Woman of Worth Award is Sabine Schmitz. Jury members voted overwhelmingly for the late German professional racing driver and television personality.

Sabine worked for BMW and Porsche and became known for being an expert on the Nürburgring circuit, winning two victories in endurance races during the course of her driving career.

She became something of a cult icon on television following her appearance on the BBC’s Top Gear and made recurring appearances alongside several of the programme’s presenters.  She died in March 2021.

Women’s World Car of the Year Executive President, Marta Garcia, said Sabine is a worthy winner of the Woman of Worth Award.

“The judges have clearly thought so.  This award is the only one in the world where women who are in the industry or who are in motorsport are recognised by a jury of women.” Arrangements are being made to notify the family of Sabine Schmitz.

Women’s World Car of the Year is the only car awards group in the world comprising exclusively women motoring journalists. It was created by New Zealand motoring journalist, Sandy Myhre, in 2009. She is currently Honorary President while Marta García performs as Executive President.

The objective of the awards is to choose the best cars of the year. The voting criteria is based on the same principles that guide any driver when choosing a car. The selections are not ‘woman’s car’ because such categories do not exist.  Aspects such as safety, quality, price, design, ease of driving, benefits and environmental footprint, among others, are taken into account when casting the votes.

Our region is represented by Shereen Shabnam, a leading female Motoring journalist based out of the UAE.